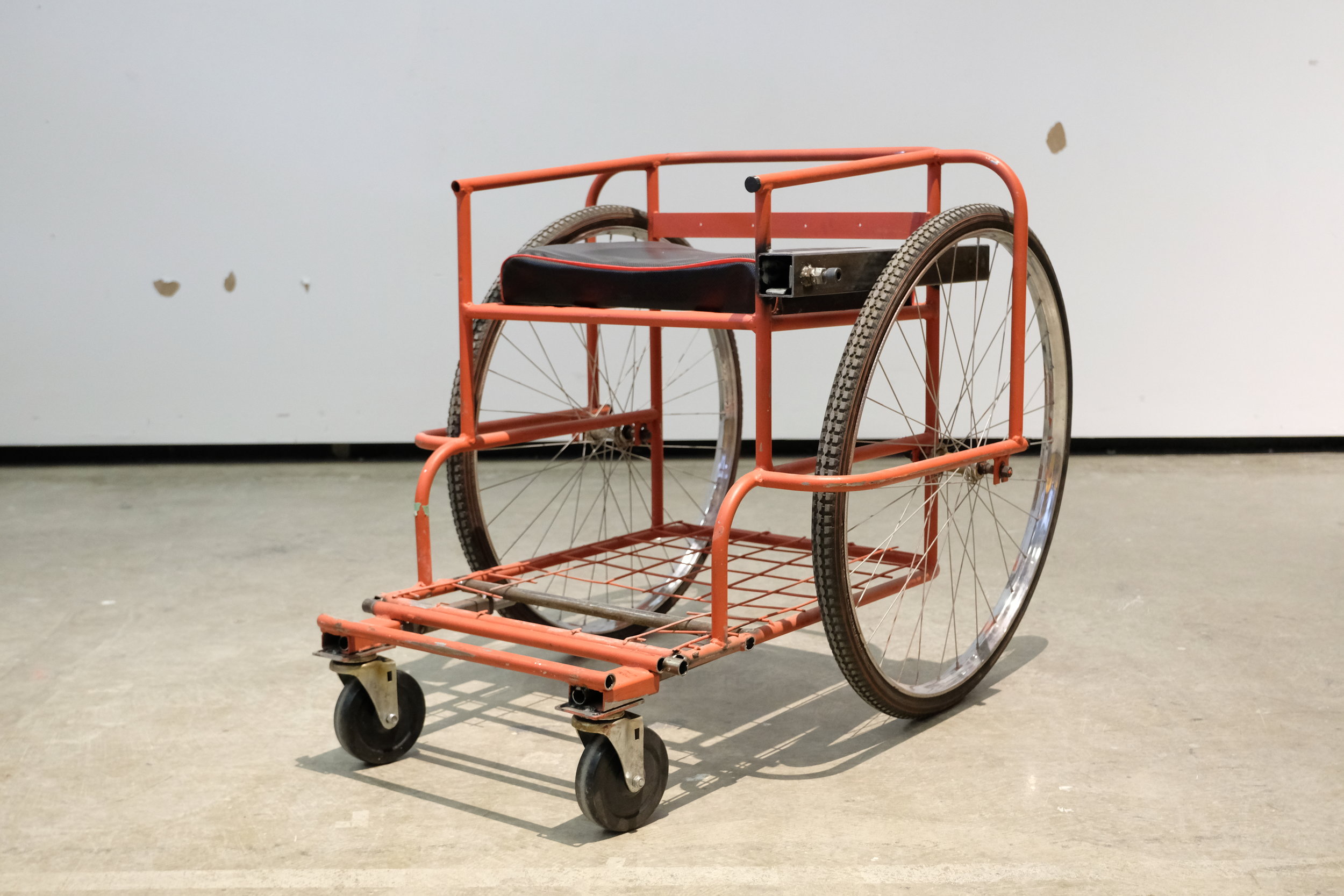 Promobilia two-in-one wheelchair began in Carleton University’s School of Industrial Design, but is the result of partnerships with many stakeholders in both Canada and Africa—specifically, Uganda. I took role as lead designer and researcher of the project and help establish two prototypes with the help of Jakob Robinson Hoffmann. This project was born out of the philosophy to “design for the other 90%”, which is based on the premise that professional design most often caters to the most affluent 10% of the world’s population. As part of the experience I was granted the I-CUREUS Award.

With thanks to the project funder: this project is sponsored by Carleton University School of Industrial Design, CanUgan disability support NGO initiative in Ottawa, Research Education Accessibility and Design (READ) initiative at Carleton University, and IDRC: International Development Research Centre (a branch of Canada’s foreign affairs and development efforts). 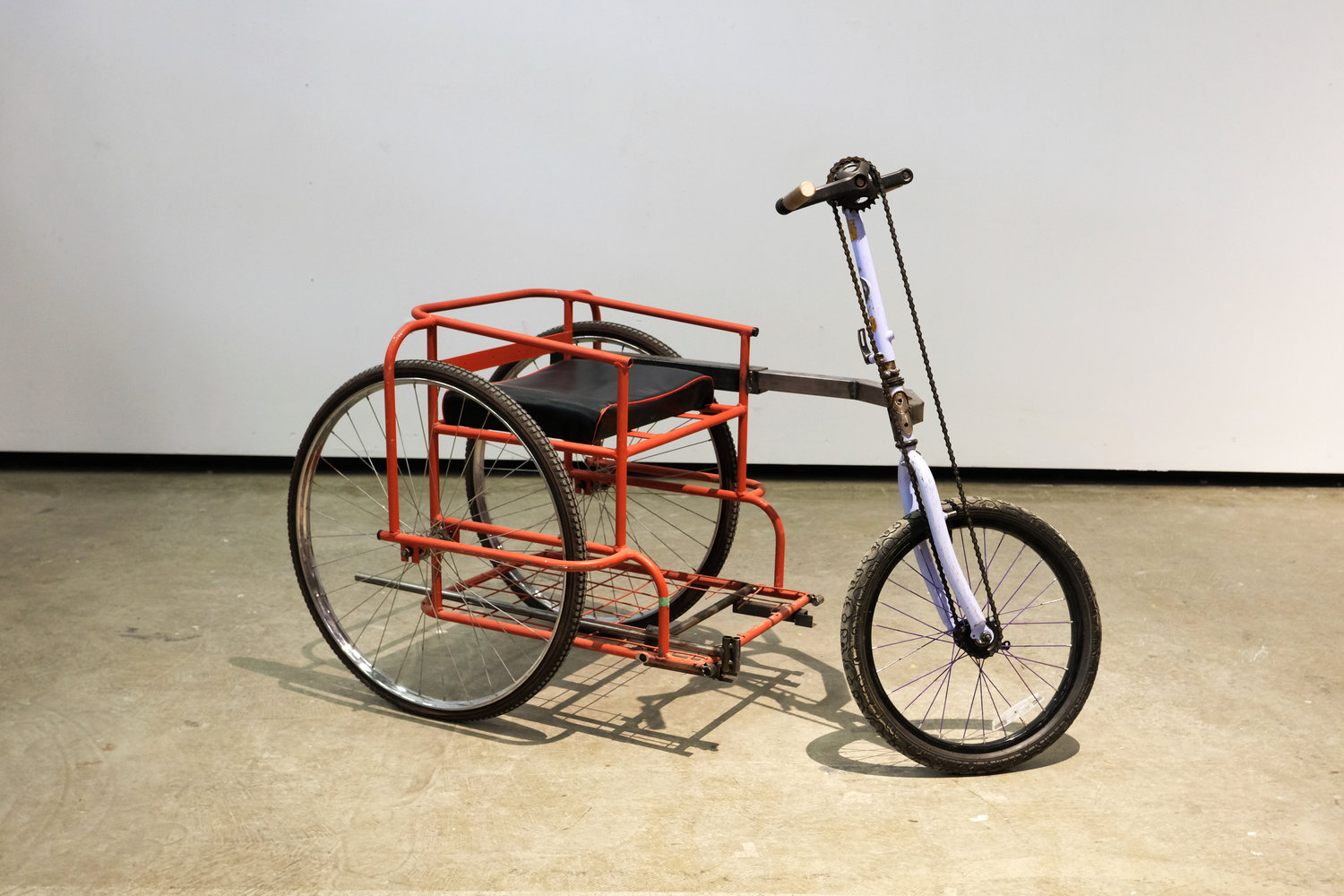 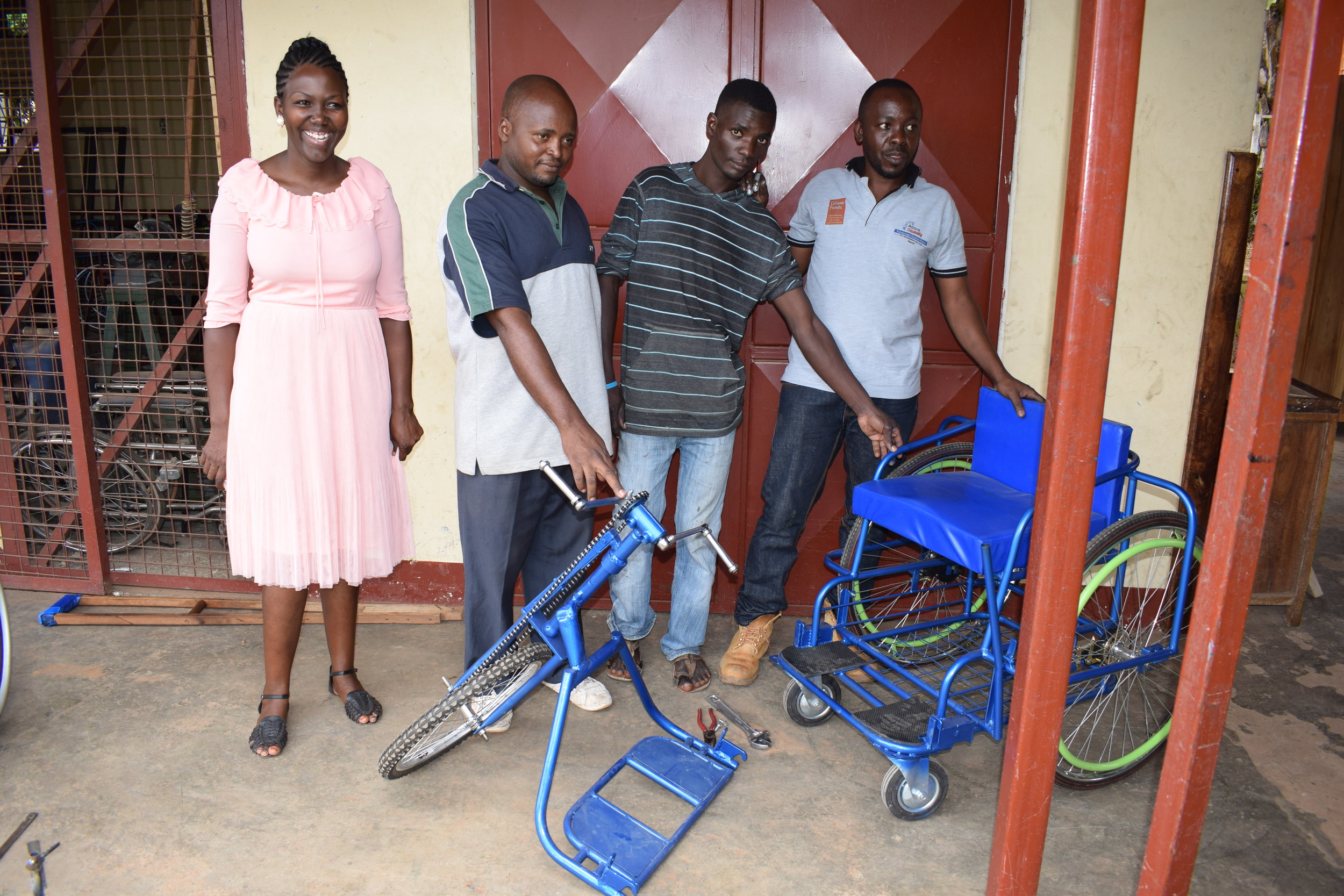 In the field of design, there is a growing movement that stresses the importance of designing with the majority. Whereas most design efforts have been focused on innovating for the benefit of the most affluent 10% of the world’s population, this perspective stresses the need to use design as a form of social entrepreneurship. This design philosophy is focused on the needs of those who could benefit from design the most, and is typically focused on improving lives over turning a profit.In Uganda, where this project has created a ‘living lab,’ approximately 13 million people live in extreme poverty, which is defined as having an income lower than $1.25/day. People with disabilities in this region are at a further disadvantage in combatting extreme poverty, as they lack basic accessibility tools and as a result, have a difficult time generating income. Several of the designs that have resulted from this project have attempted to provide economic opportunities for people with disabilities in rural Uganda. 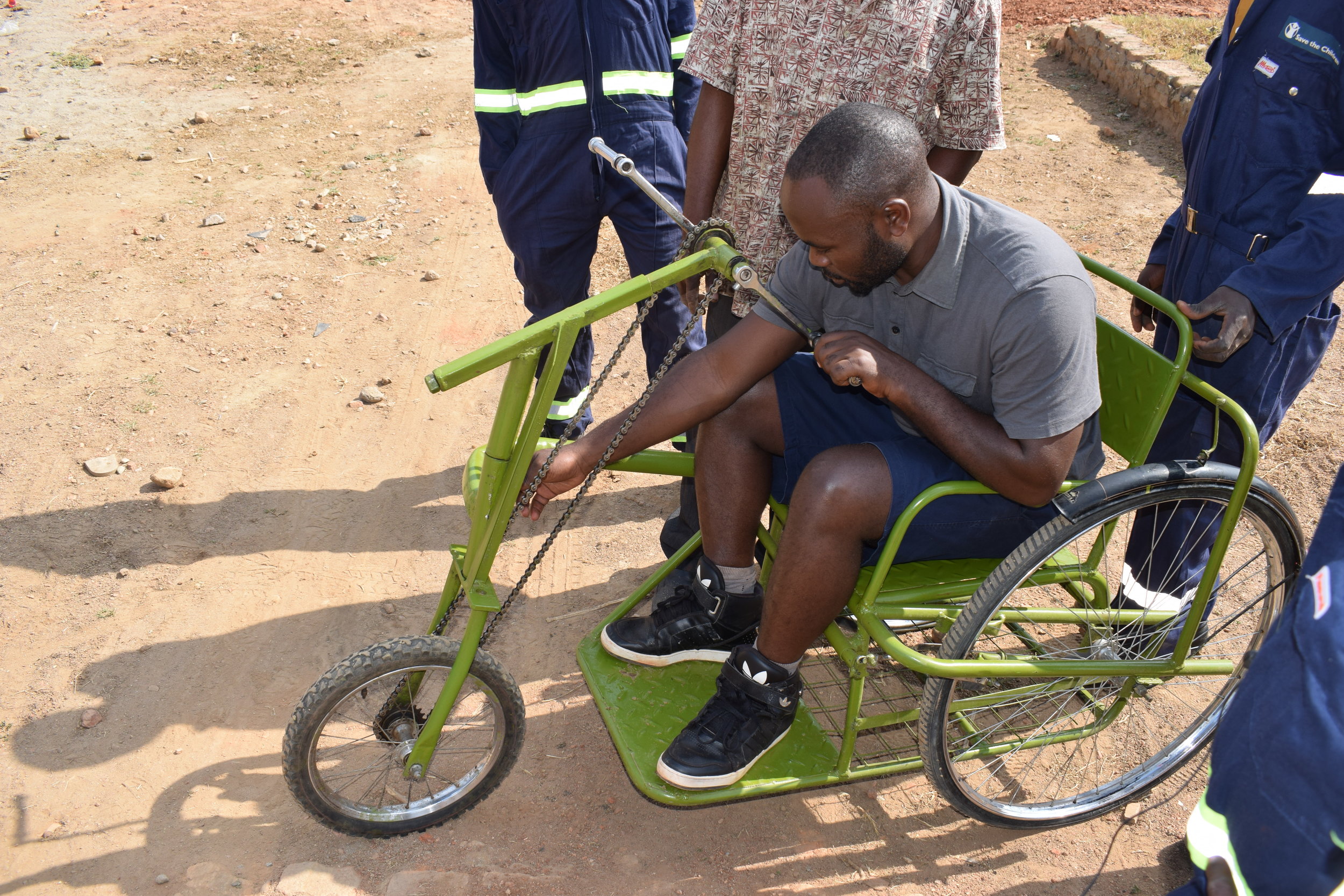 Major key role of the the project entails communicating and collaborating with the Living Labs un Uganda. The Living lab is a fabrication facilities located in Kampala that develop the two-in-one wheelchair. Together we develop the transformable design to the the most positive user experience while meeting their fabrication limitation in the region. Feeding off of each-other feedback through communicating with open source tools, such haas Fusion 360, Whats app, and more; we test and develop multiple prototypes that is conducted in Ottawa Canada on my end, and in Kasese and Kamapala Uganda. The open-source format, is accessible to any user to help develop their own version to the wheelchair and help provide more feedback and innovation for the project to meet fabrication and cost limitation.  The design team hopes these designs will be able to be used in other regions experiencing similar challenges related to poverty and disability in the future 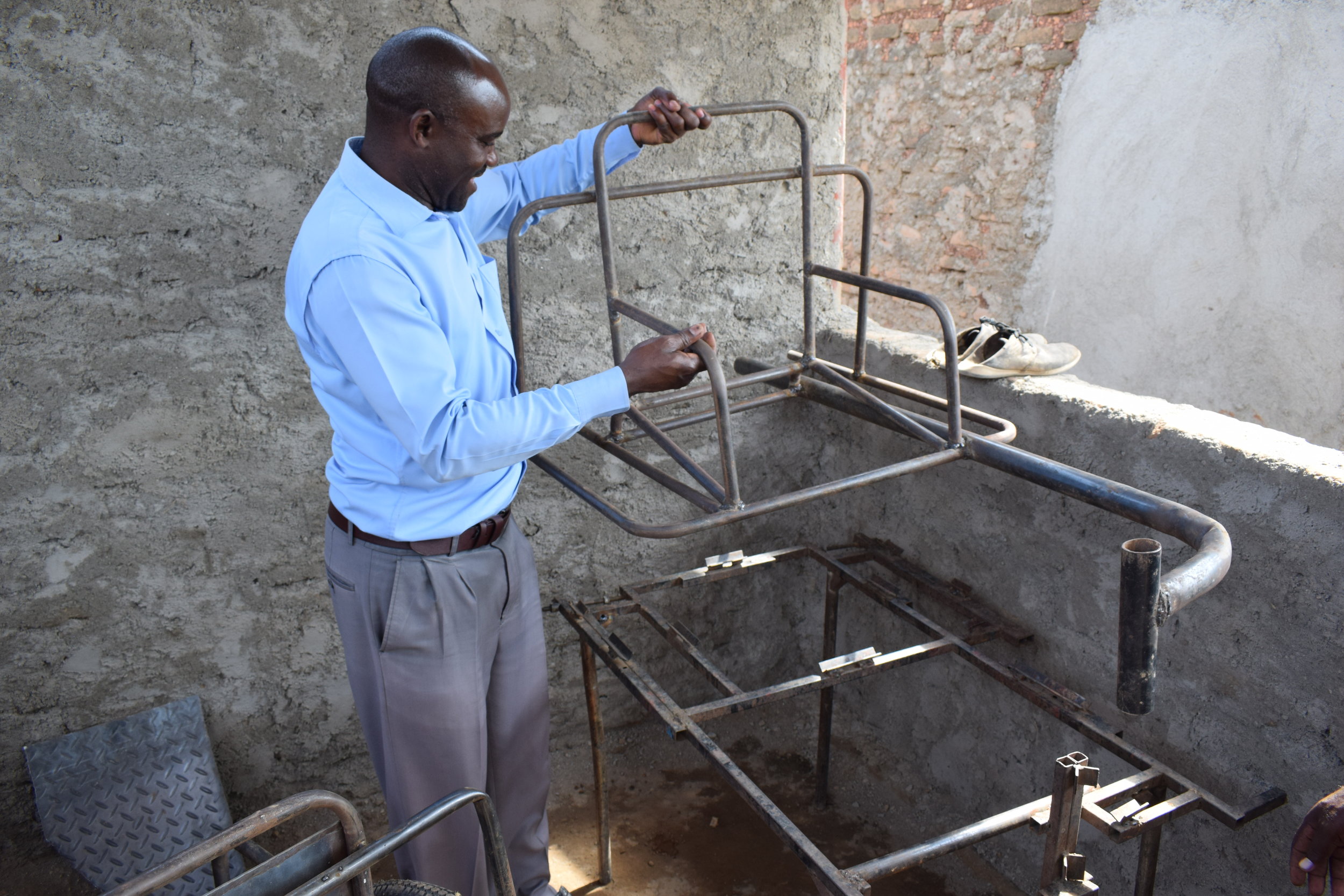 Limitation in the fabrication process is the accessibility to tools and material. The wheel chair to stay at a low cost are fabricated from old bike parts and steel tubing. Image on the left show custom built bending table where the technician will hand bend and eld the frame. 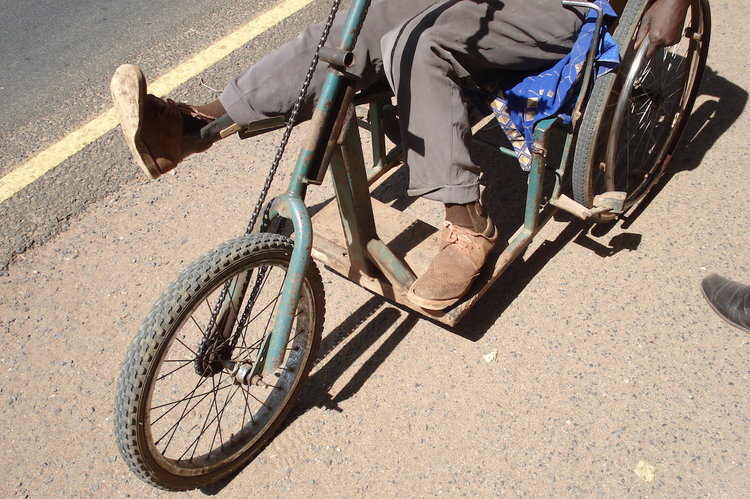 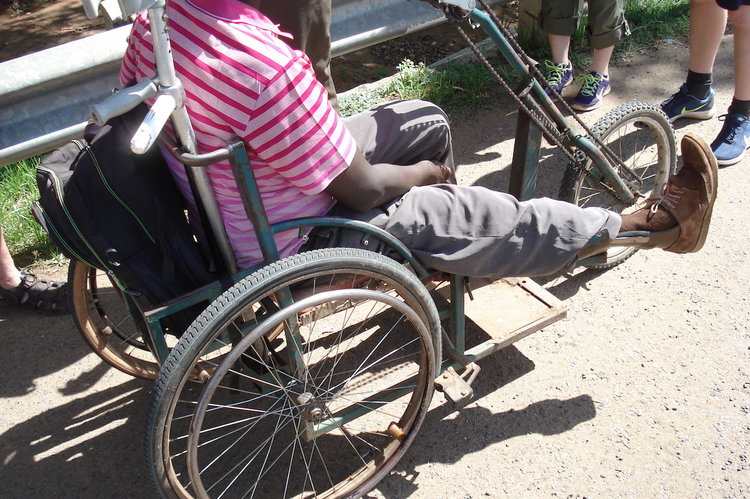 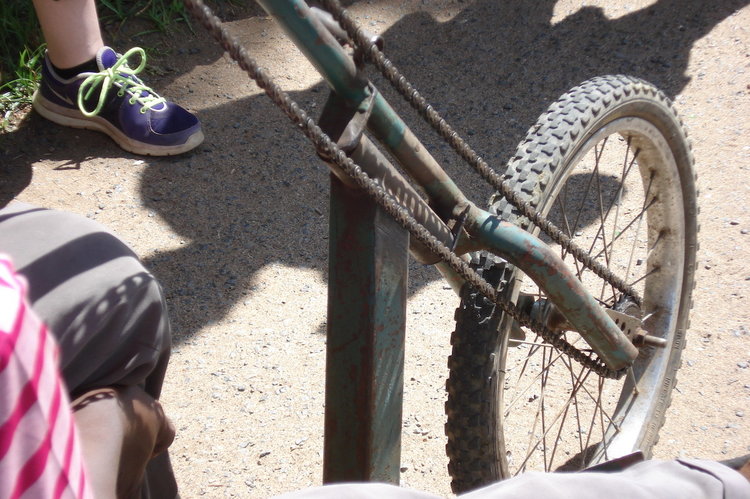 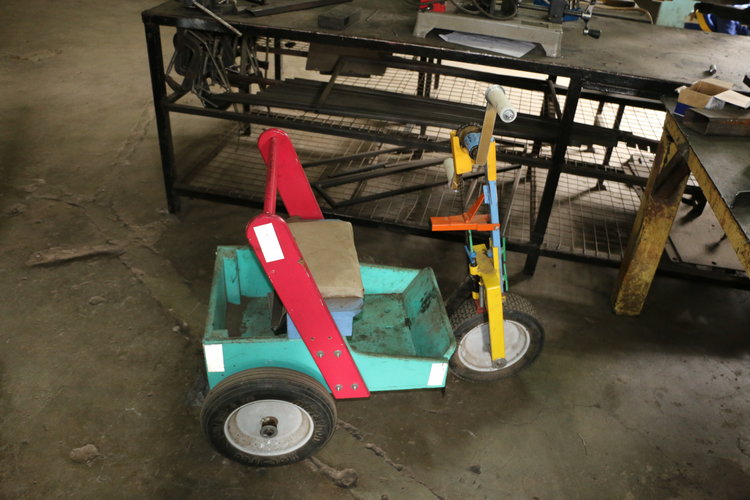 While visit Kenya and Tanzania, i got to meet some user that are using a similar design of the wheelchair that I am developing.

I also got to opportunity to meet a manufacturing facilitates that are developing the tricycle wheelchair for children. 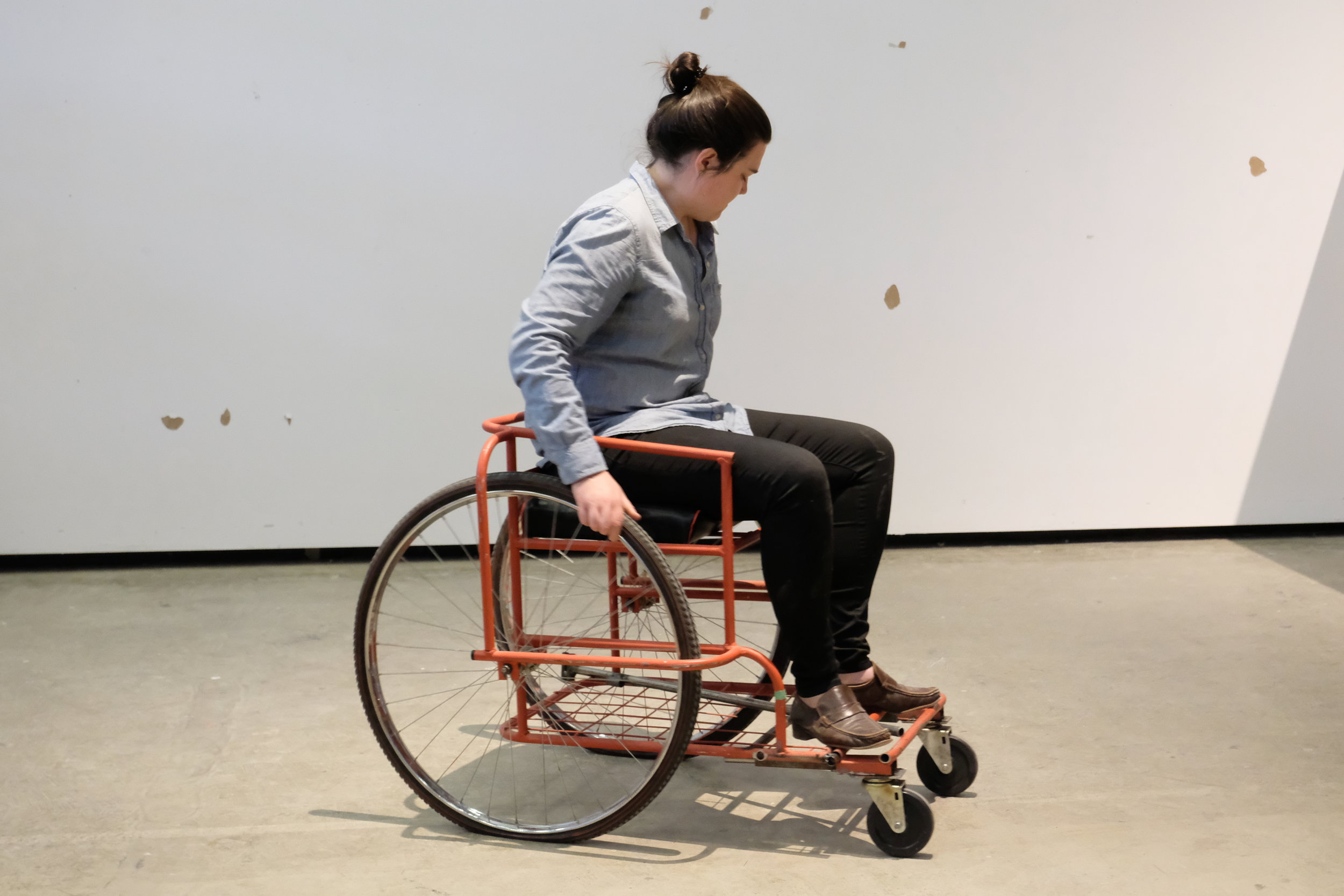 The later prototypes, 3 and 4, were primarily focused on making the two-in-one wheelchair/tricycle as user-friendly as possible.Myself and Jakob Robinson-Hoffmann worked in coordination with in-house technicians in Carleton’s School of Industrial Design and with the artisans and community of people with disabilities in Uganda to develop Prototype 3. The aims of Prototype 3 were to make the transition from wheelchair to tricycle and vice-versa as simple and seamless as possible. Reducing the amount of effort to make this transition makes the device ultimately more accessible.

To do this, we aimed to simplify the design of Prototype 2. In Prototype 2, the front casters connected to the wheelchair at two points. This meant that the user had to have these two points perfectly aligned in order to attach the casters to use the device as a wheelchair, which was difficult to do if the user wanted to remain seated in the wheelchair. In order to simplify this process, Prototype 3 created a casters attachment that only needed one attachment point in the middle.Prototype 3 also worked to test different positions for the lever that would allow the user to raise the front end of the wheelchair, taking the pressure off the front wheels so that they could easily be changed out.Ultimately Prototype 3 focused on developing the ideation of this project with the needs of the end-user in mind. 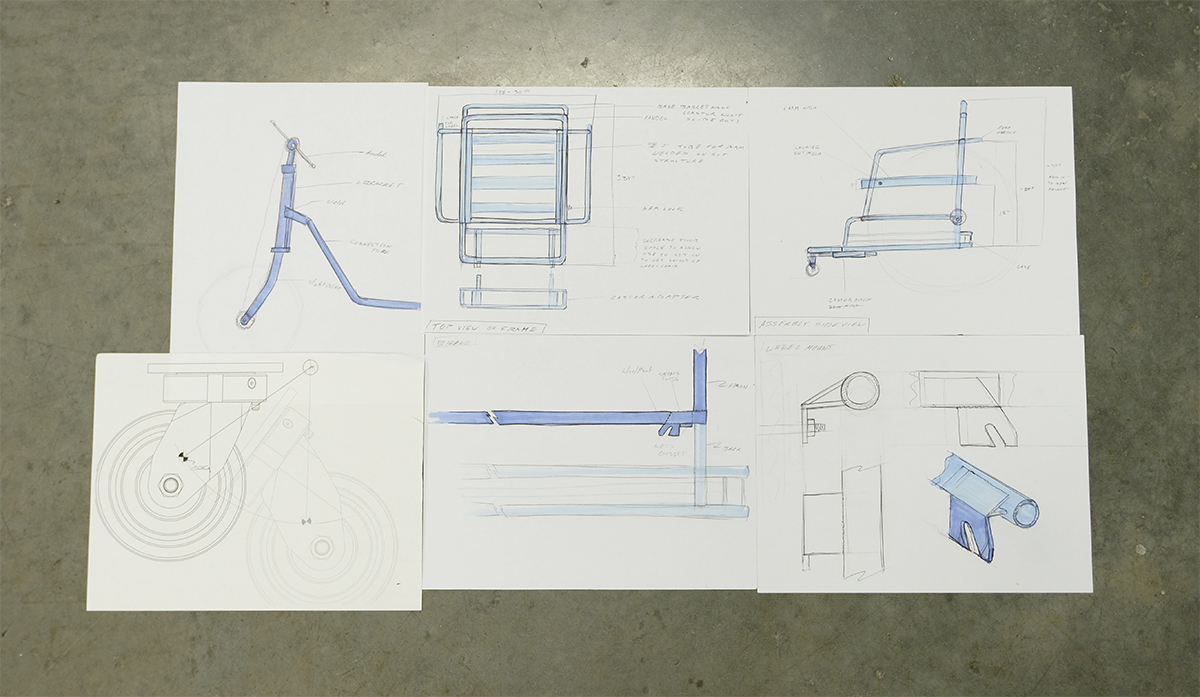 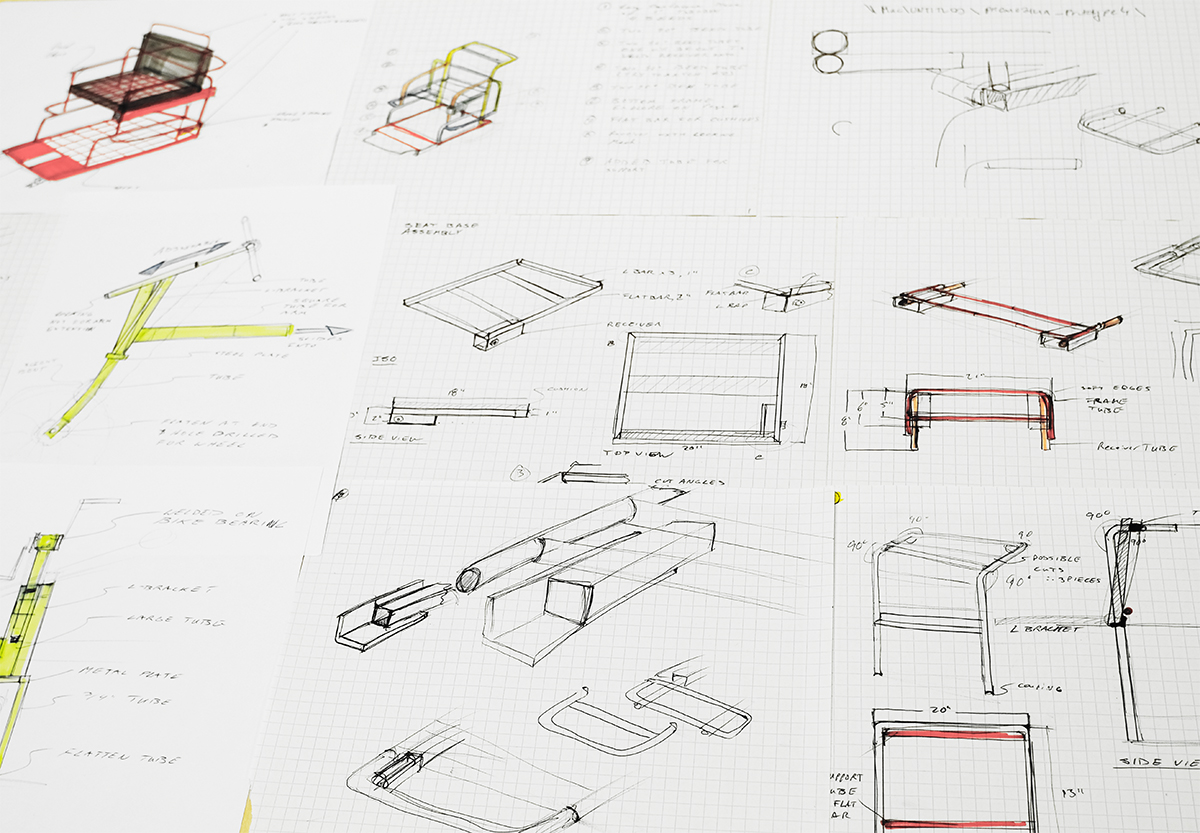 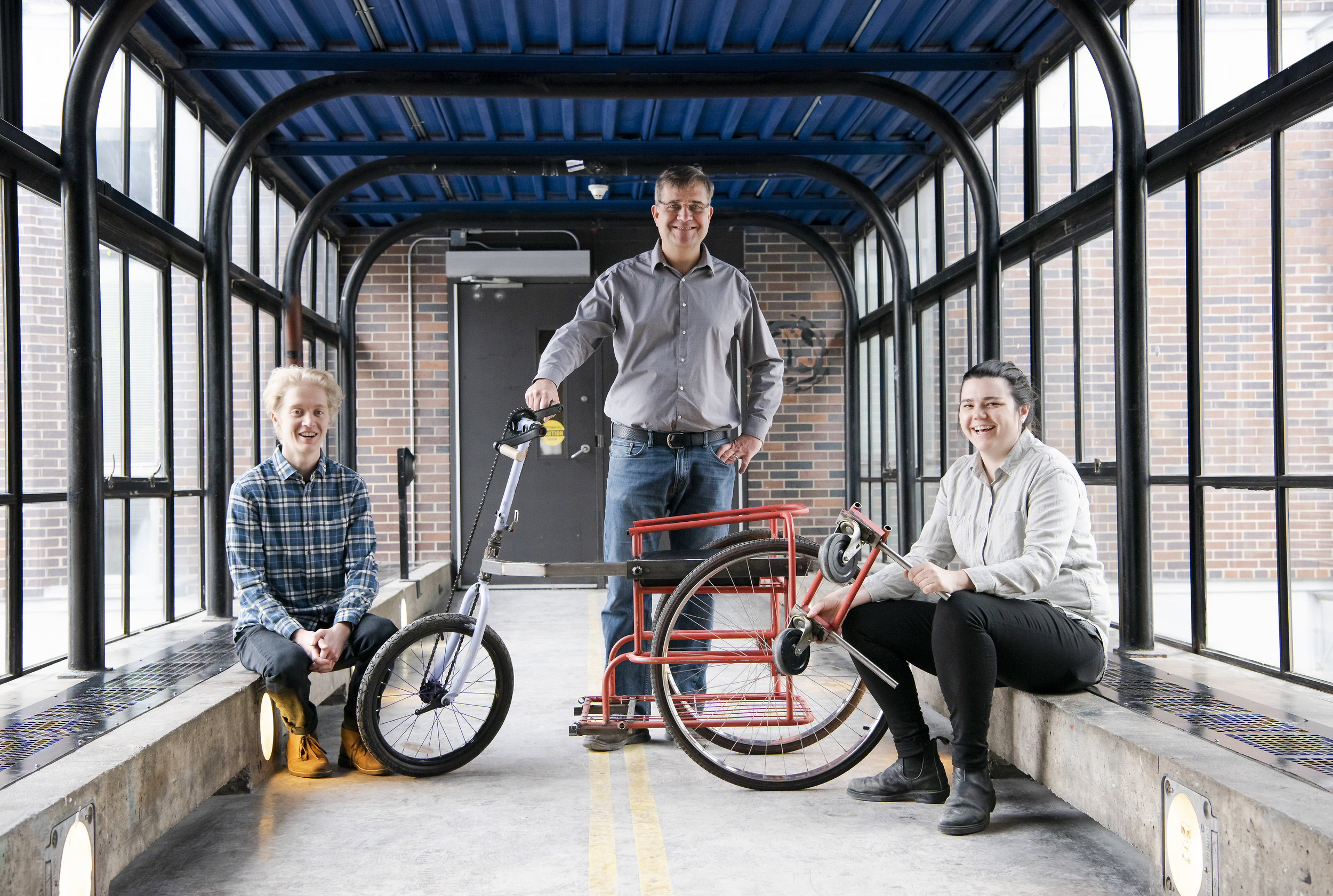 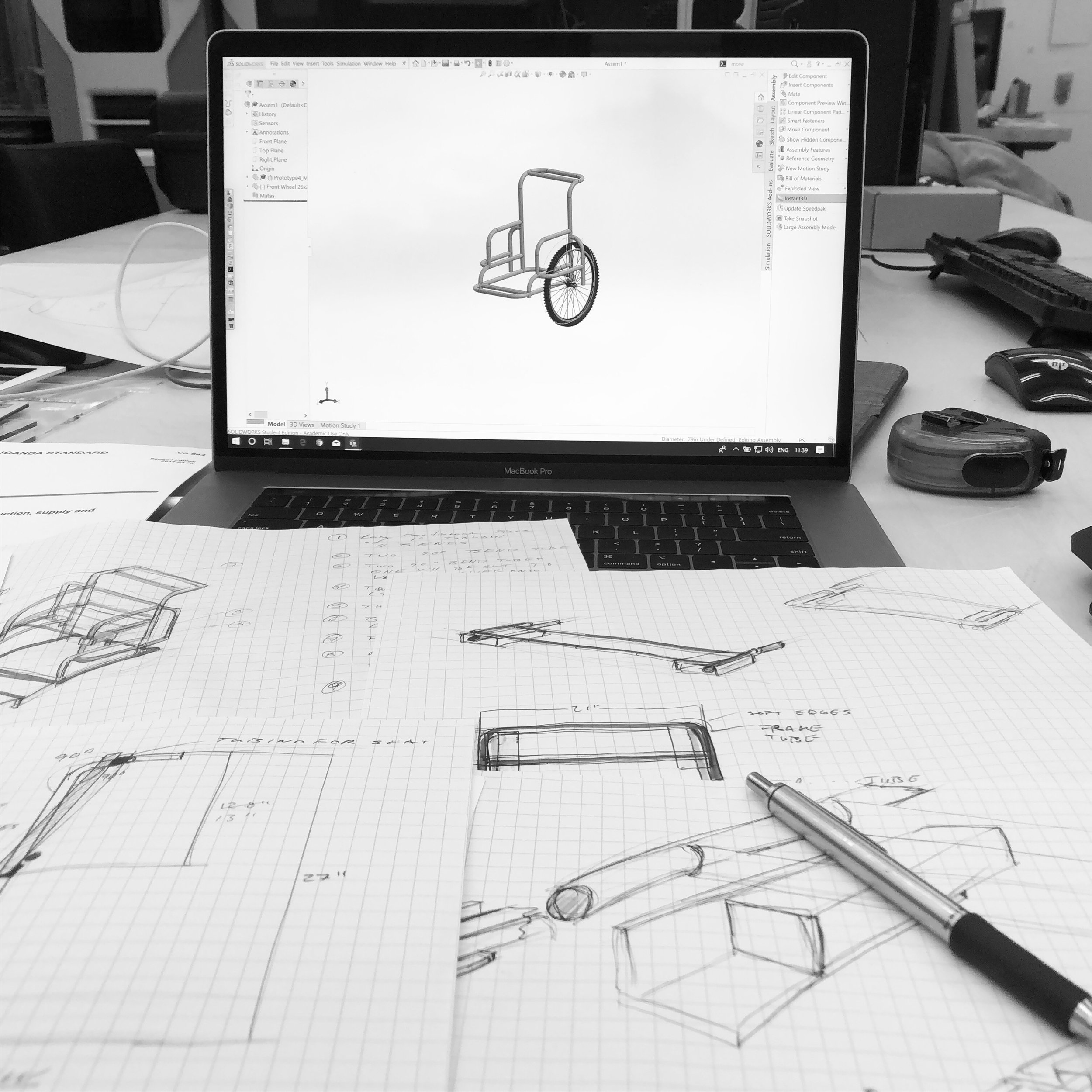 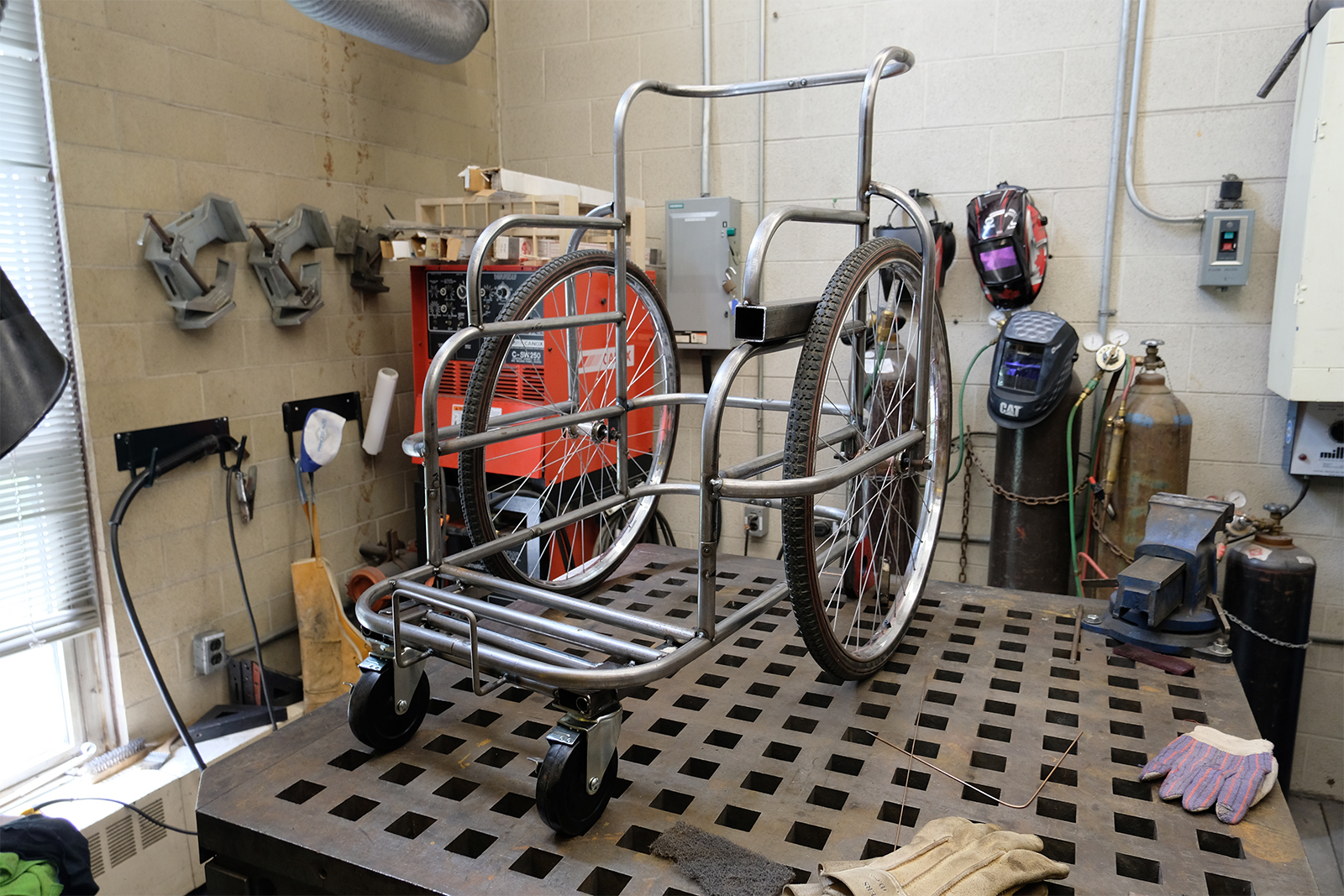